She was born in Pakistan, grew up in Abu Dhabi and had never used skis before the age of 15. Elevenate friend Vic Jamieson is living her dream, on skis throughout the winter and rock climbing in the summer.

It is late summer in Verbier, in the hot summer of 2018. Vic Jamieson has climbed a lot, both with clients and on her own, because the weather has been so good, and she’s spent lots of time with her twelve-year-old daughter. The summer is a season for recovery.

“It’s been a good summer, I’ve been able to climb on my days off”, she says.

For the last ten years, Vic has worked on the ski patrol in Verbier, one of few women in a particularly male-dominated profession. It is a dream come true for someone who has lived for the mountains throughout adulthood, and Vic loves her winter job.

“It’s amazing work, so varied. Tough on the body – I’m really little, so skiing with sledges and everything is tiring – but I love it.”

Verbier is one of the world’s top destinations for advanced skiing; the final of the Freeride World Tour is held here, on the Bec de Rosses. The terrain is complex and work on the ski patrol is extremely demanding, both in terms of professional skills and local knowledge. 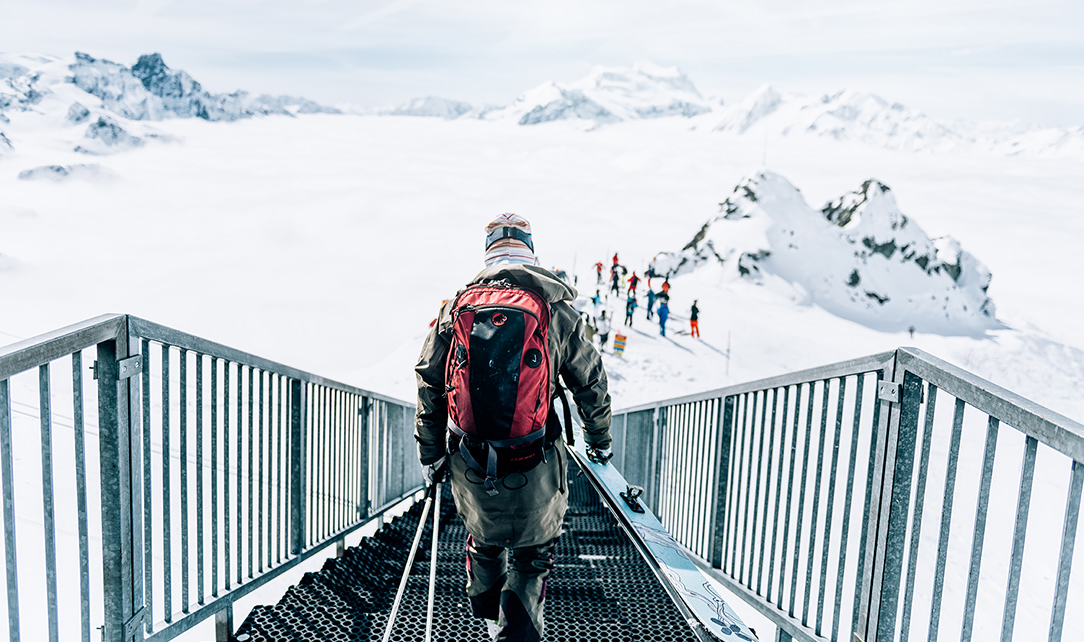 For Vic, who grew up in Abu Dhabi and in the UK, to get a job on the ski patrol here is pretty unique. They don’t let just anyone in. But then Vic isn’t just anyone, despite her petiteness – just 1.55 m tall in her socks – there is more to her than first meets the eye.

She has lived in Verbier since 1996 and skied down and climbed up most mountains in the area. She was the first female to snowboard down the Marinelli couloir on Monte Rosa and has participated in ski expeditions around the world. Before this, she competed in the snowboard world cup and freeride competitions, until a knee injury brought that to an end. Instead, she trained as a climbing instructor with the renowned French system and became a climbing and canyoning guide.

When you see her easy, efficient skiing, you would think she was born on skis. Actually, she started skiing relatively late, almost by accident. At the age of 19 she ended up in Whistler, after a placement as a marine biologist in Vancouver that didn’t work out.

“I went there – and my whole life changed”, she says. “When I was 15 and skiing with school, I really was drawn to the mountains and I cried when we had to leave. So in Whistler I totally felt that this is where I should be.”

A life-long passion was awakened, one that was more about the outdoors than the actual skiing and climbing.

“First of all, it’s the surroundings. With the ski patrol, we’re the first ones on the mountain. And just being there, seeing the sun rise and the weather shift – it’s breath-taking. I’m never going to get bored of that.”

Of course, work on the ski patrol isn’t only sunrises, even if she gets more of them than most people. And it was tough to start with, as she was the first woman in a team of men, all of them locals. 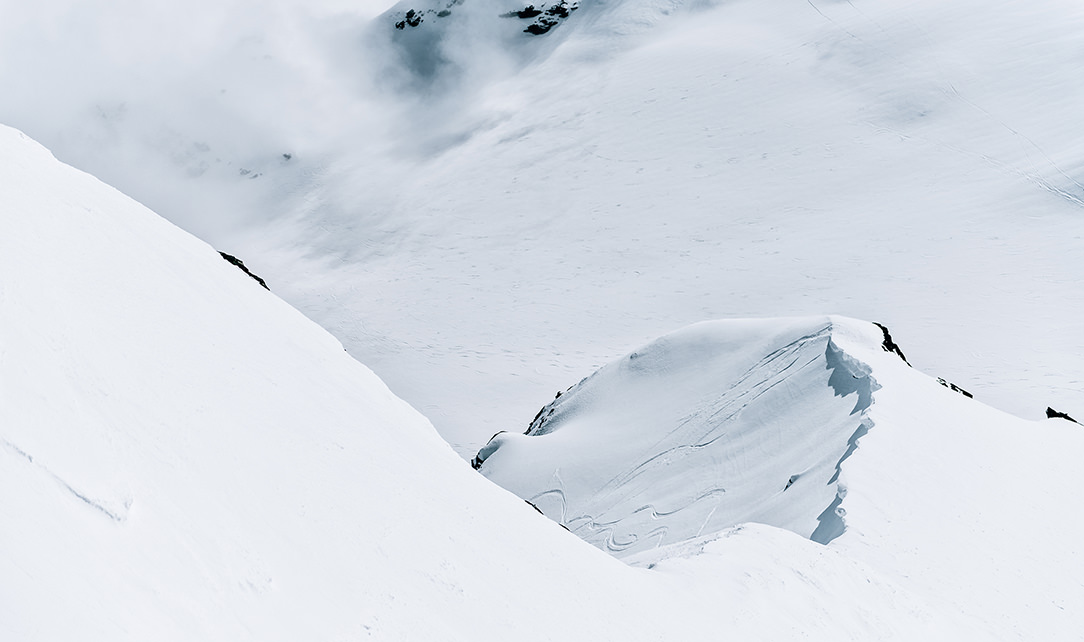 “For a few years it was not easy at all. I’m not the type of person who tries to prove I’m something that I’m not. After a while they could see that I was just there to do my job, not trying to be super woman or anything.”

“Today it is super cool, we have an amazing team. The bosses are great, they tell us what to do but give us a lot of free- dom. And there’s a great atmosphere among the colleagues. We laugh a lot.”

Still, the job is far from the glamorous image of suntanned patrollers swishing down the piste in perfect turns. Vic laughs when this is mentioned.

“Well, digging out mattresses around pylons when it’s raining is not very cool,” she says.

The workday is long and hard, 7 am to 5.30 pm is normal. A good share of the day she takes care of people who get hurt. “And last year we did a lot of bombing as it snowed so much. We work in teams of two and take care of a specific sector that’s been assigned to us,” she explains.

It is a manual job, literally, and Vic and her colleagues walk up to the places where the explosives are set. Most of Verbier is too steep for snowmobiles and helicopters can only be used in clear weather.

“Our backpacks are often really heavy from the dynamite, so it’s physically demanding. Before the ski area opens, we must also check pistes so they are safe for the skiers, that there’s nothing left from the cat trackers that shouldn’t be there, and so on.”

Of course, knowing that there are many people waiting to get onto the mountain adds pressure, while the demands for safety are sky-high. As we said, Verbier has complex terrain and accidents do happen, despite all the safety measures. That’s the tough part of her job; when there are bad accidents and avalanches.

“We are lucky that it’s not very often, but when there’s a serious accident... it’s just terrible. I’m sensitive, so I think about it for a long, long time,” she says, and her voice now has a serious tone. It’s obvious that she has seen things that she would rather not. 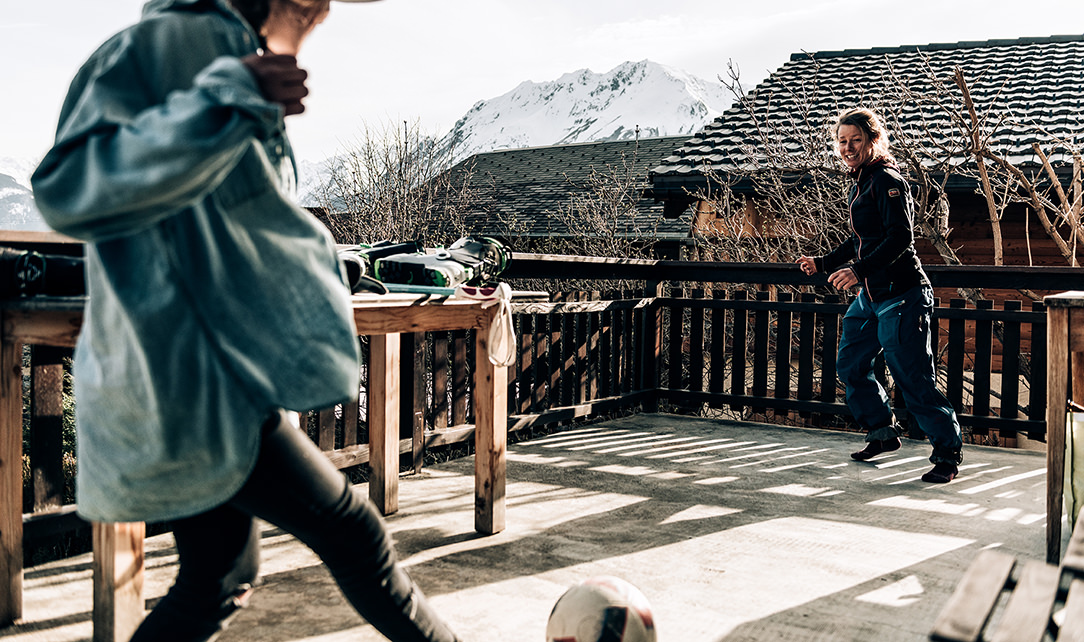 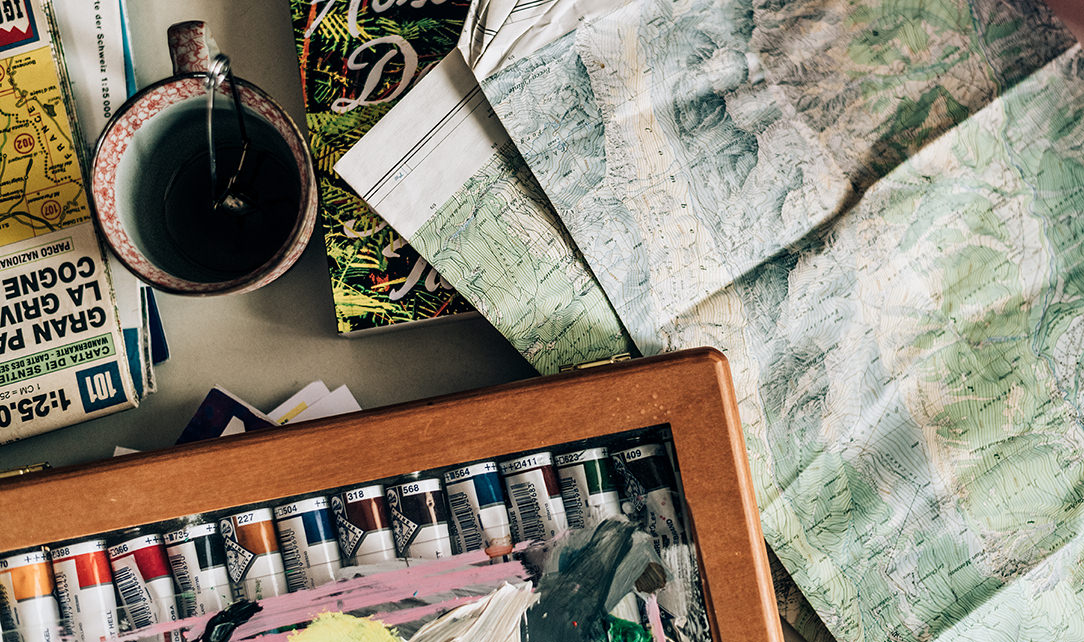 If you look at a person’s life in the rear-view mirror, you can often see how one choice leads to another. This is also true for Vic: the cancelled placement that led to Whistler, the competitions that took her around the world, the knee injury that pushed life in a new direction, and so on. But when she moved to Verbier she had no idea, it was “total chance” that she ended up just there.

“It got really complicated being in Canada, with the visa and everything, so I decided to move back to Europe. And Verbier literally had the cheapest place to rent. I was 22 and just arrived with my bags.”

She doesn’t seem to regret it even one little bit. The Swiss Alps have a firm grip on her heart.

“I’m passionate about the skiing and climbing. And then there’s my daughter, Mila is super happy here. For the moment, I can’t see her living anywhere else.”

When it comes to the Elevenate collaboration, Vic is actually our most long-time ambassador and also a close friend.

“I have been with Elevenate right from the start, in 2010. Ever since the beginning, I’ve been amazed with how the garments really work – like the transceiver pocket in the Bec the Rosses pants. You can tell that they are designed by someone who uses the garments themselves. And it’s not like “I wish there was pocket here’ – because, if I need a pocket, it is there already. Plus the garments really are super beautiful.” 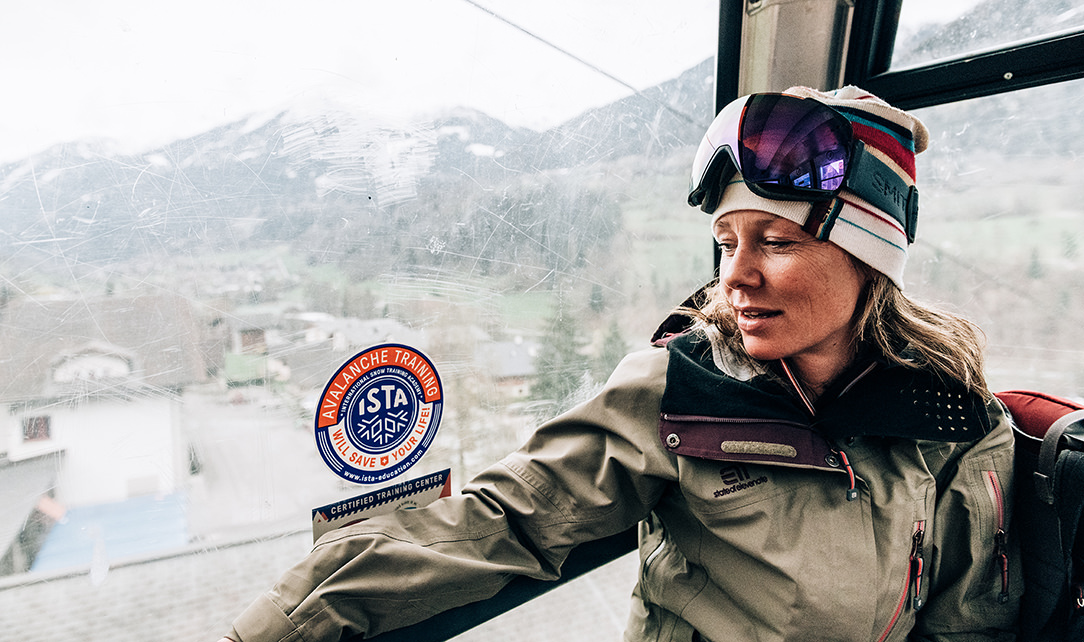