She first stood on skis as a three-year-old, was an alpine skier aged ten and ended her blossoming freeskiing career at 18 – but her inner compass still points straight out on the mountain. Elevenate friend Hanna Ovin combines her job as a bootfitter and downhill guide with maximum O2 in Åre. 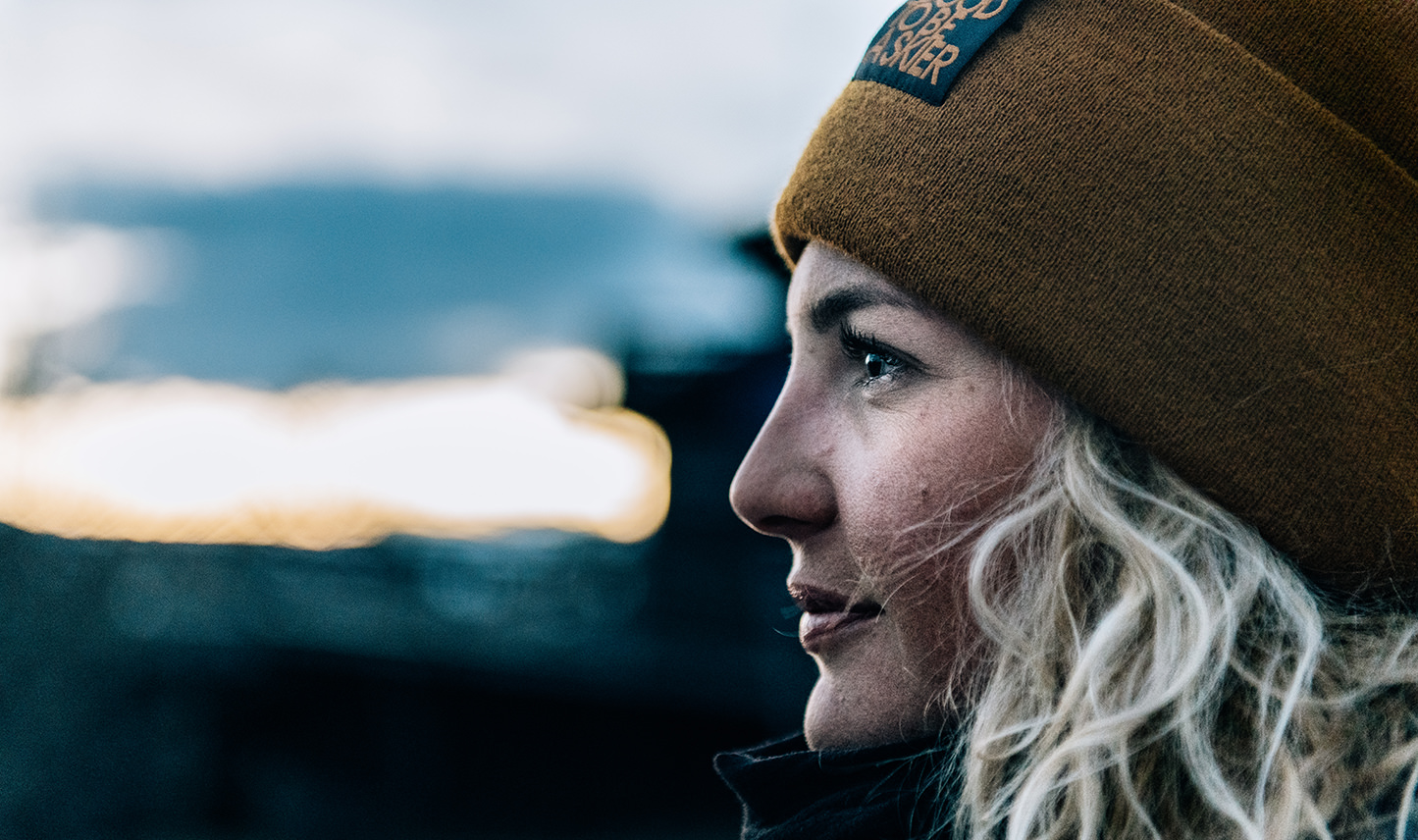 A text message beeps: Could we move the interview a few hours? It is early September and the scent of autumn is discernible in Åre. Hanna Ovin has just come back from a night’s camping, so she needed the extra time to pack up and drive back to the village.

“A friend and I do this every year, a real pensioner-style camping trip when we don’t have the energy to organise much stuff. We drive as far as we can up the mountain and pitch the tent a little way off. Light a fire and eat gruyere cheese,” says Hanna.

She calls it an everyday luxury and, right then and there, it becomes clear that life in a mountain village is a little different to many other places.

Hanna lives in Såå, a small village outside Åre. Well, actually it is hardly even a village – more a long gravel road with grazing animals, meadows and fantastic views of the lake and mountains. But she grew up in Stockholm, and would perhaps have stayed there if she hadn’t – even as a small child – felt separation anxiety every time the family left its holiday home in Åre.

“I only realised when I was an adult that the overpowering feeling I had sitting on the train to Stockholm as a child was actually anxiety. I didn’t want to go home!” 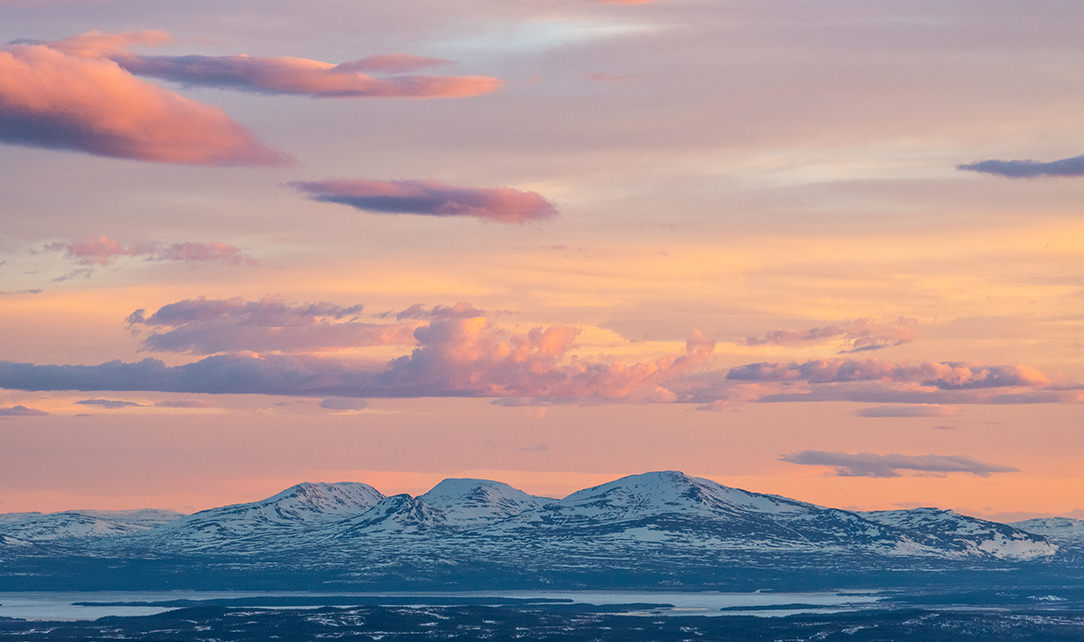 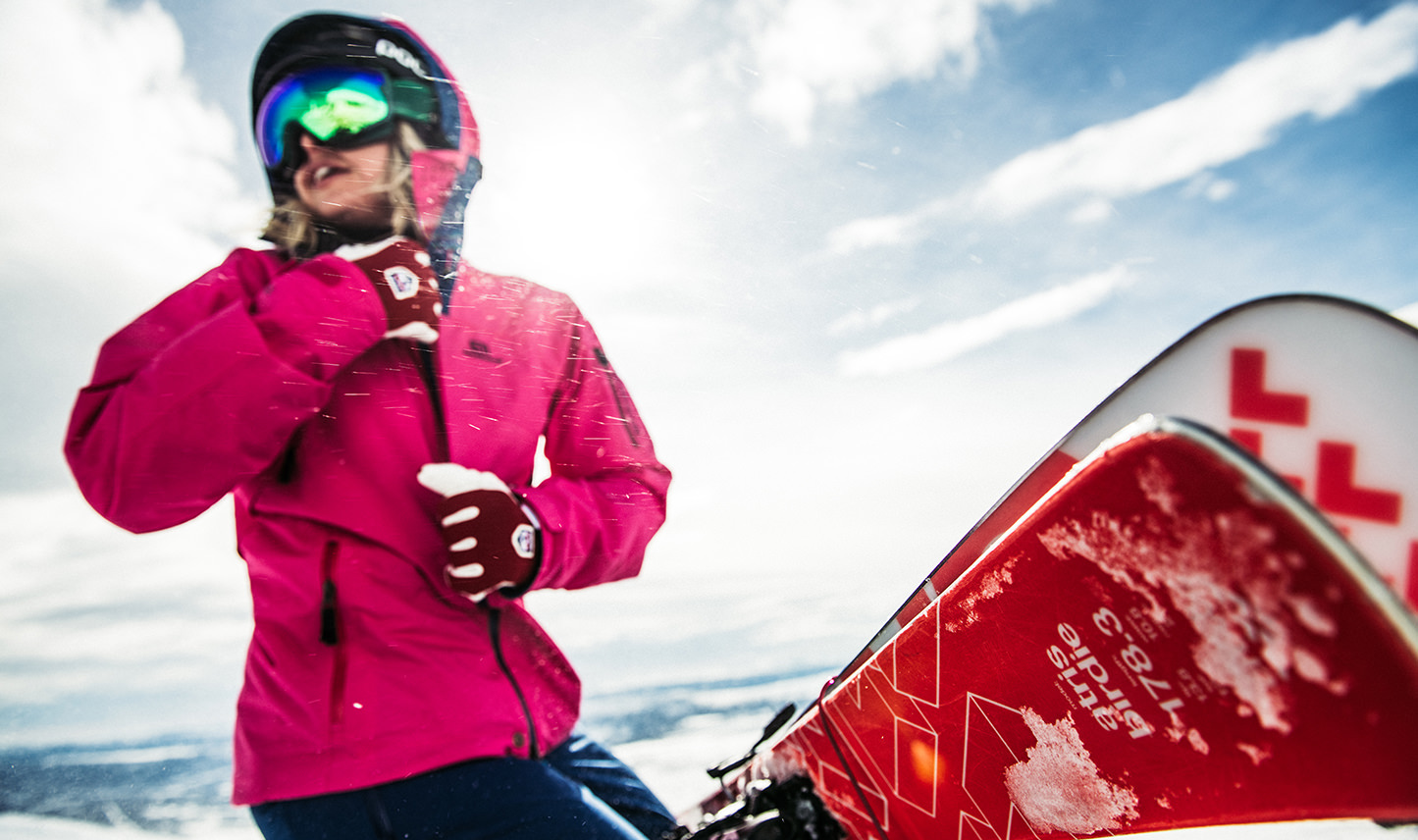 Åre is her home now, but it took a major detour for her to understand where her real roots lay. While she was growing up she competed in alpine skiing for a Stockholm club, went all-in for freeskiing at upper-secondary school, was in a few ski films (“that was a loooong time ago”) and received attention thanks to her energetic, cheerful style. Then she quit.

“I lost some form after leaving school, had injured my knees and thought I could join the rat race in Stockholm, with a nine to five job and an apartment,” she says, adding that it wasn’t a huge success. “After a year at art school I felt really low, and realised I had to leave.”

The fact she had bought a nice apartment didn’t matter – she left the big city and headed to Åre, with her family’s apartment as her refuge. 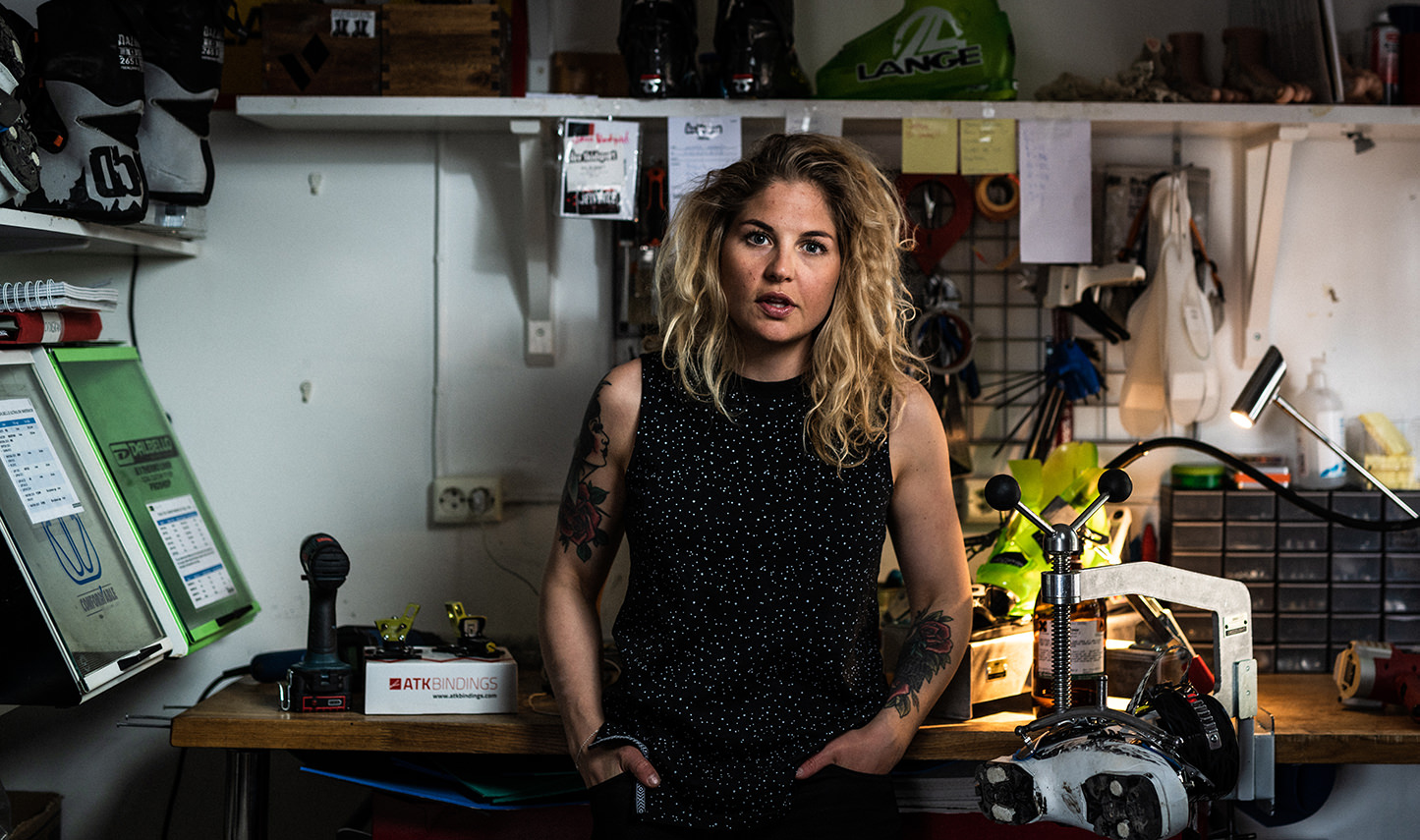 That was almost ten years ago. Hanna is right at home in the Jämtlandic mountain village that is sometimes described as the alpine heart of Sweden. She is responsible for hardware – skis and boots – in a shop, and rents out bikes and does bike guiding in the summer. And when she’s not working, she’s “all over the place” on the mountain.

She is one of the village’s most dedicated cyclists, with downhill and enduro as her favourite disciplines. And she’ll leave you in a cloud of snow on Svartberget – a steep off-piste run in the ski system. When she needs to wind down she takes long walks with her bearded collie, Mimmi. Unless she’s running, of course. She seems to have boundless energy.

“Being on the mountain is my way of relaxing. When I’m cycling or skiing I can find complete focus, I stop wondering whether I should paint the house black or pink,” she says. “And I’ve realised that I need the time outdoors if I’m to be a decent person to those around me.” 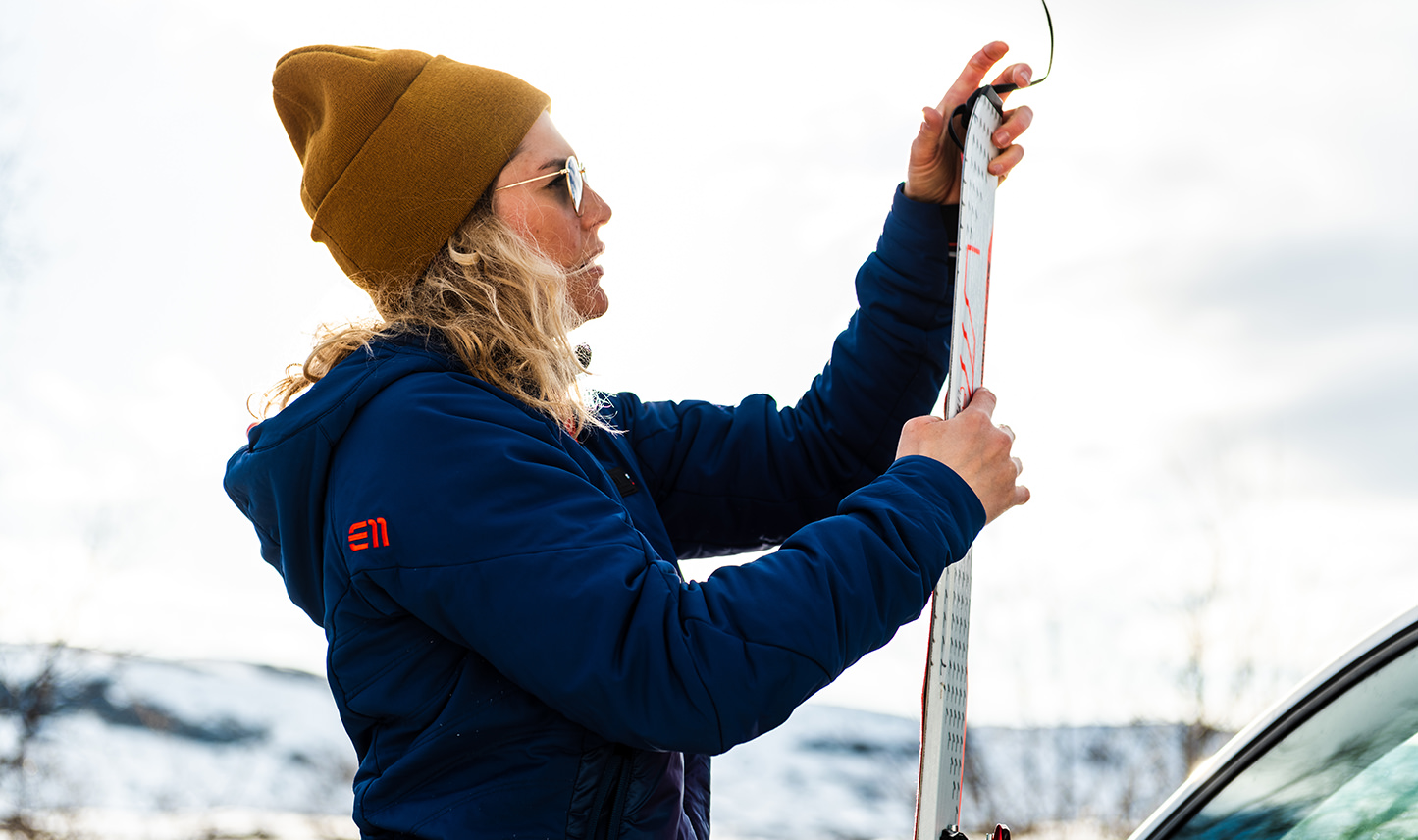 Of course, her winter job as a bootfitter is mostly inside. Even an action sports fanatic has an everyday life, and Hanna loves her job. Meeting people, trying to help her customers have better experiences on the mountain.

But an everyday routine does not need to mean compromising on your interests.

“I don’t want to wait until my holiday to do the things I enjoy. I really enjoy everyday things, routines when I’m at work and so on. But I love being outside, even if it’s just going for a walk, it gives me loads of energy.”

Hanna explains that she doesn’t need to experience something out of the ordinary for it to feel special. The fact is that it could just as well be a little outside the box, like when the year’s first snow blows in over the mountains. On a day when most people think of “a good book in front of the fire”, Hanna thinks “this has to be experienced”.

“I sank into metre-high heather and had to crawl over ice as the wind gusted, and I laughed at myself. It’s like, I have the most fun skating or paddling a kayak, and there’s extra comedy if I end up having to hack my way through the ice with the kayak.” 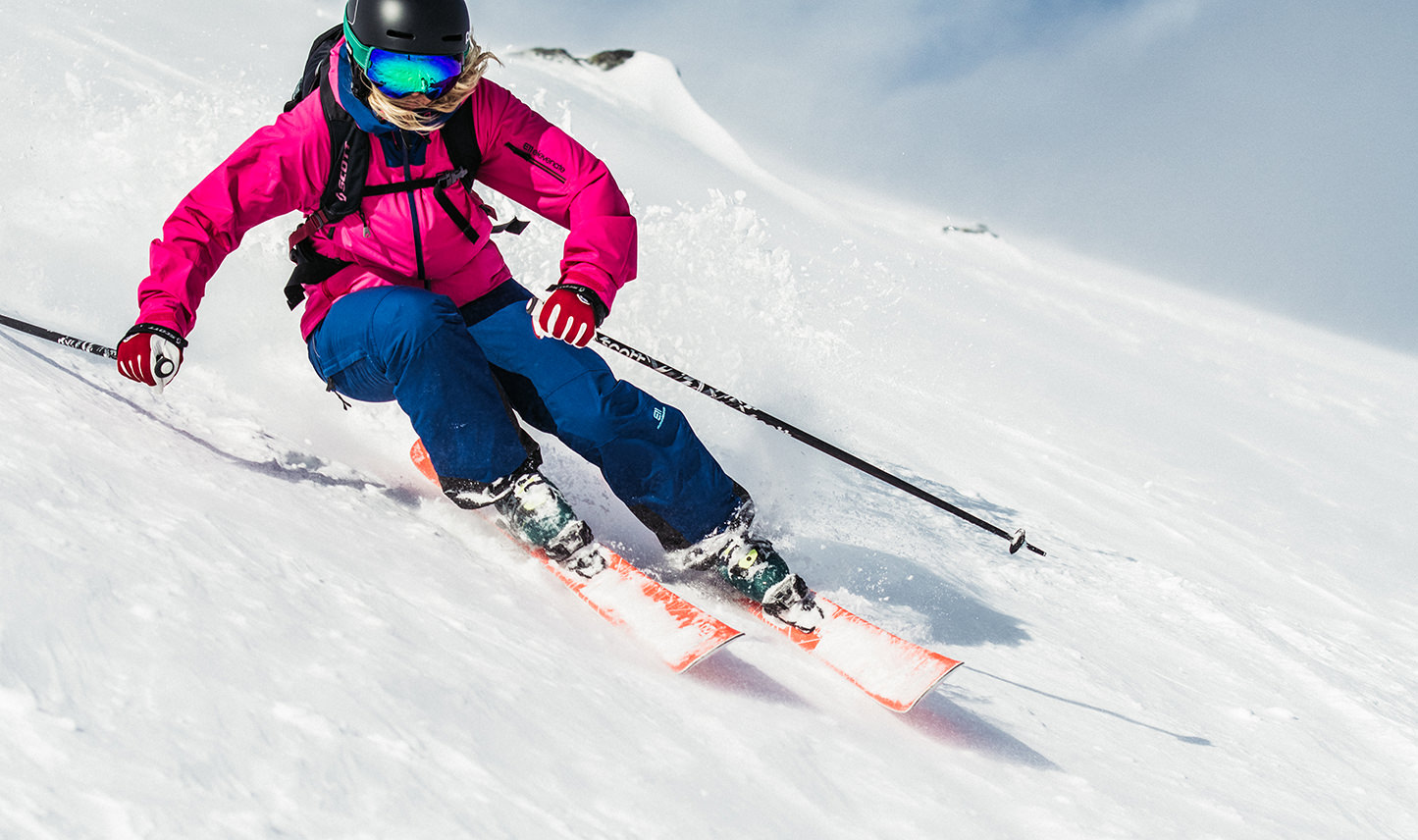 What about skiing? This is what life centres on during what is (for many mountain villagers) the most important part of the year. Yes, Hanna skis as often as she can and in all weathers, but with a different attitude to the one she had as a teenaged alpine skier. There’s no more competing, she has no interest in performing in that way – but she likes to challenge herself.

In a sense, she’s back where she was as a sulky three-year-old, one who stubbornly refused to go inside with the family when the lifts closed. 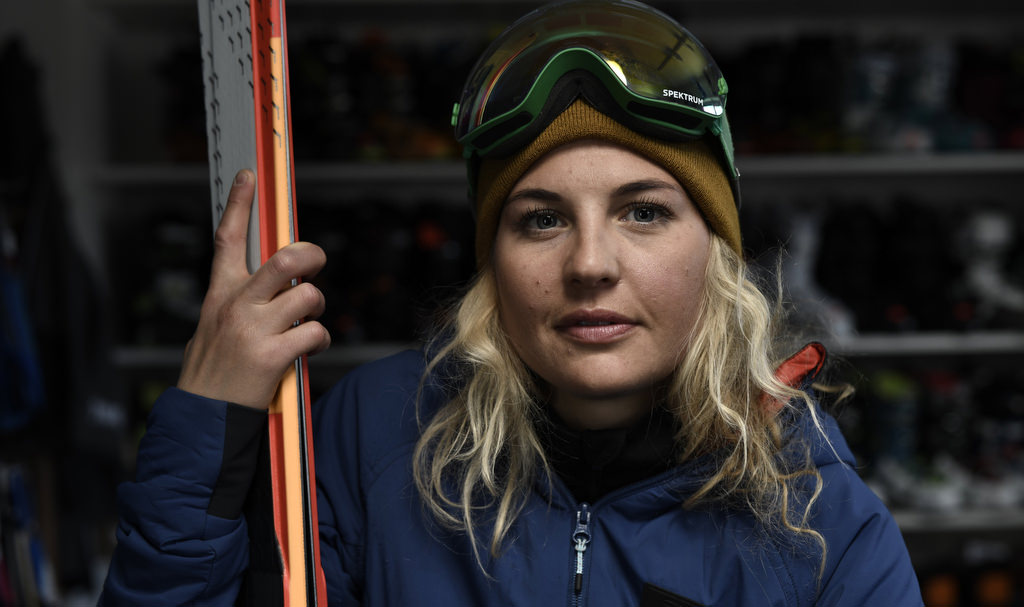 “Some people think it’s provocative for me to say so, but it’s very rare for me not to enjoy being outside, even on days when it’s icy everywhere. Åreskutan is my home mountain, I know exactly where I should ski and I do drills every day so I can ski a little better. I just want to have that wonderful feeling I get in my body when everything fits together perfectly,” she says.

The clothes that Hanna has thanks to her cooperation with Elevenate contribute to that feeling. She has been an Elevenate friend since we started, and sells our clothes as part of her job at the shop.

“It’s easy to collect lots of equipment, but it’s more important to have the right gear – which works for what you’re planning to do. And Elevenate does, the fit is incredibly good and I have great freedom of movement in their clothes. Plus I love the way they look, they have a great style that makes a statement.”

HANNA’S LIFE HACKS FOR BRINGING MORE OUTDOORS INTO YOUR LIFE